Back in April 2009 I was loving life. I had tickets to see Michael Jackson in London, With Xabi Alonso, Stevie G and Fernando Torres at the spine of Liverpool, we were surely going to win the league this time…  and in Breaking Bad it looked like Walter Whyte was finally getting his life back in order and he would soon be able to resume normal life as a chemistry teacher, it was going to be some show! 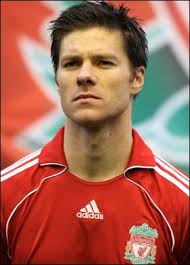 This was also the year I first heard about the magical question answering company 63336 (Ask Question Answer).

Well, for a 23 year old with too much time on his hands and nothing else to spend my money on, this was better than if Davina McCall was singing happy birthday to me in a Derry accent, wearing an Arcade Fire t-shirt and holding a Belgian Waffle!!

I had to test the claims of this company. Surely they couldn’t answer every question.

It’s now 2015 and ‘several’ questions and a few hundred pounds later I asked 63336 for a transcript of what I had asked them…. In a new series of blogs, I’ll post some genuine questions which I have asked so that you don’t have to.

63336: Blazing Squad once admitted they could barely rub a GCSE  result above a grade C together, so with those results you would have beat them. But with top hits like “Crossroads” and “We Just Be Dreamin'” who needs GCSEs?

Impeteg: Where is a good place to take a girl from Cookstown on a first date?

Impeteg: Who is ‘Chopper Police Tout’

Impeteg: If there was a vertical tube in the earth going right through it to the other side… Forgetting about temperature, what would happen if you fell through?

63336: If temperature and pressure were not an issue, falling into a tunnel through the Earth would result in a person being held at the core. It would be lots of fun on the way down though…

Impeteg: Why do people in  Belfast call the Belvoir estate the ‘beaver’ estate?

63336: Belvoir is pronounced ‘beaver’, as the ‘L’ is a silent one. The name Belvoir means ‘beautiful view’. Cholmondeley is another; it’s pronounced ‘chumley’.

Impeteg: Cheers, but I don’t think you answered the question, though. You’ve explained the silent ‘L’, but you haven’t said why the ‘Voir’ part is pronounced ‘Ver’… are you just some guy looking up Google and getting paid for it?

63336: 63336 is more than just a google fact checker… We are a highly trained think tank full of the world’s global knowledge. If we don’t know the answer ourselves we ask Stephen Fry… We have never been to Belvoir Estate… we are sorry.. I guess you will have to go there yourself and ask a local.

I started chatting to this girl who was making my Subway… She was good chat… My mate said I should give her my number… Should I?

63336:  Just go back in confident and say ‘Can I have the Italian BMT with your phone number as well?’ That might work…. If it doesn’t at least you get a sandwich.. Win..Win.

Should I get a Honda Civic or a Golf?

Impeteg: Well I got a Golf anyway… Cheers for the tip though…. I’ll keep my food Japanese and my cars German

Does hula hooping get you abs?

63336: Exercising with a hula-hoop will slim, tone & strengthen the abdomen. It would be unlikely to give you a six-pack. Vary exercises for the best results. But to get a six pack those guys do a million sit-ups a day and never eat McDonald’s… Probably too much effort. Nothing wrong with a bit of muffin top.

If you ask a girl two questions in a message and she replies with four lines and no questions, what then?

63336: The girl replying to 2 questions with 4 lines shows she was being interesting. Her not asking anything back doesn’t mean anything. Text again on Thursday.

Plenty more where that came from, check back.

About living in Northern Ireland

Inventions which owe a lot to Northern Ireland

Here is my linkedin page…. Ill send you my CV if you ask nicely. https://www.linkedin.com/home?trk=nav_responsive_tab_home