Derry is a strange place. The late Gerry Anderson once described it as “Monaco, without the Money”.

In many ways it is like a mini-Northern Ireland with all the wider problems throughout the province focused into the small but beautiful city situated in the North West of Ireland. I have spent a lot of time up here in recent years. While I don’t feel completely accepted by locals I do feel that my eyes have been opened to a wider world beyond Belfast by coming up here.

I want to become a Citizen of Derry. I wish there was a test I could take. One day my ambition in life is to be the first Belfast man to be Mayor of Derry. I’d be great at cutting ribbons, wearing gold chains and I would chat to anyone provided they were dead on. I have also heard there are secret Mayor parties where you get to meet Boris Johnson. 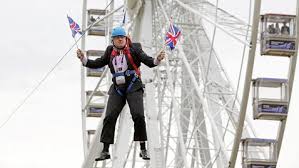 However, I don’t feel I will be fully accepted by the city until I have learnt a few things that everyone who has lived in the city knows about. I don’t mean visit the Guild Hall and get a tour of the Walls. I mean really get under the skin of this place. So after asking a few people around the city, Here is the check list of things you have to know about to be accepted by local people in Derry:

Chat to Someone outside Derry about calling it Londonderry

As I write this I can feel some members of a certain side of the community’s blood boiling, “It’s LONDONDERRY you ignorant wannabe hipster”. And maybe you are right, but I am too lazy to write LON-DON-Der-ry all the time. Most of the people who think I should write Londonderry all the time come from Belfast. My impression is that whatever people’s background up here a vast majority of them don’t care. It is only people from outside the city who bring this up. Most people who live here are over the whole Derry~Londonderry issue. This issue has already been highlighted in more detail by an Ulster Fry article. (Link at bottom of page)

Yes, I know the history. I know people came over from London, built walls around the city and that’s how it got it’s name. But I also know that I like to chat really fast and can’t say Londonderry all the time, unless I want to use valuable conversation space.

I reckon the people who get hung up on this issue are the same people who insist on calling their children Anne-Marie or Hannah-Ruth or Clive-Staples. Why can’t we all just call you Clive?

If you still insist on calling it Londonderry all the time I hope you keep up your high standards. I hope you always mention your travels to Newcastle-on-Tyne, Stoke-on-Trent, The Democratic Republic of Congo, The Former Yugoslav Republic of Macedonia, The United States of America and Llanfairpwllgwyngyllgogerychwyrndrobwyll-llantysiliogogogoch. See how far that gets you.

This is a Local Derry Phrase… It means ‘Catch yourself On’ or ‘Wise Up’ for those of you from Belfast. For the rest of the world, there is no accurate translation for this phrase… Sorry.

Go to the Gym…A Lot

Having arrived in Derry for the first time in 2008 I still consider myself a blow in. I don’t know half the streets are and I still rely on Sat-Nav to get me to Bridie’s chip shop. But I have observed one very obvious cultural shift among the males living in Derry.

Yes, the metrosexual skinny Derry man is still alive and well but he is being phased out by a different beast, and I blame TOWIE.

Since the Launch of that show and similar ones the men of Derry have started to resemble Dwayne ‘The Rock’ Johnson from above the waste and Cheryl ‘The Rake’ Tweedy below the waste.

If you got 10p for every bench press you did, Derry would be full of Millionaires. The Local economy could have gone through a Celtic Tiger all on it’s own!

Go to Crescent Link Boots at 1650 on a Friday afternoon and you are likely to witness grown men fighting over the last bottle of fake tan available in the shop. Everyone knows Derry men have to look their best for their evening back and biceps session at the local Crossfit Gym.

Yes, the men of Derry are currently going psycho over fitness and looking jacked. But it I fear it’s about to get worse. Rumour has it that the ‘Top Knot’ has taken off in Belfast and is likely to spread to the Waterside very soon.

This is a mistake you make only once. If you want to make enemies fast try calling it ‘The Creggan’. Maybe it’s similar to Derry~Londonderry issue but I def don’t want to find out.

If you ever stranded in Derry City Center you may end up cold and hungry but at least you will do it in style thanks to one of the 4,000 barber shops scattered around the city.

With so many to choose from such as Derry Barbers, Foyle Haircuts, McGarvey’s, Derry City Barbers, I can’t believe it’s Not Derry City Barbers and Bog Back ‘N’ Sides you have no excuse not to be trim and well groomed if you are male and aged between 18 and 45 in the city.

I do feel for bald people walking around Derry. It must be tough seeing a constant reminder of what once was there. A bit like when Robbie Williams checks his fan mail inbox.

Get Tights to Sing to You…

Scotland has the Loch Ness Monster, Transylvania has Dracula and Derry has it’s own local legend…. Tights.

This is a man I have only heard rumours of his existence but never actually met in the flesh. I’m told the final step in being welcomed into the Derry Clan happens when Tights sings ‘Puppy Love’ to you on a Thursday night.

I have also heard he is staying in the house a lot more these days and drinking Fanta. I still hope if we ever meet he will still be able to recall the classic Donny Osmond song. I still need to be initiated into Derry.

Throughout Derry there are roughly 30 restaurants worth talking about which collectively serve about 5 main courses between them.

If you are a vegetarian and you are heading to Derry, may I suggest Limavady or Strabane? Because Derry ain’t the place for you.

On the other hand… If you like Chilli Chicken Pittas and Tobacco Onions come on in.

During recent fragile negotiations between the PSNI and local paramilitaries, Tobacco Onions were used as a bargaining tool in an attempt to restore peace… and so far it seems to have worked. We can only hope that Derry is supplied with it’s  weekly quota of Tobacco Onions and the tensions here are kept at bay.

People think Northern Ireland is divided into people who are Protestant and Catholic but they are wrong.

The real division is East Coast/West Coast and is along the lines of what you think of Country Music. If you ever stumble across Hugo Duncan’s radio programme and think ‘Who listens to this guff?’ Visit Derry and you will find out. 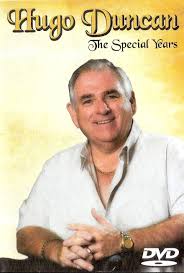 Songs like ‘That’s important to me’  by Keelan and the cover version of ‘Hit the Diff’ by Ritchie Remo mean nothing to people in Belfast but around Derry the guys performing these songs are musical superstars!
Nathan Carter can’t walk down Shipquay street without getting attacked by a mob of 16 stone young farmers.

The Samaritans set up a special Garth Brooks hotline after what is now known in Derry as ‘the July 2014 incident’
And Everyone in Derry knows you only have a girlfriend because Derek Ryan doesn’t want her. 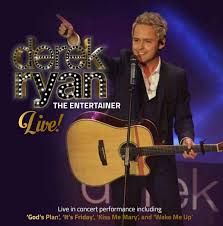 In the surrounding towns of Derry, ‘Socials’, usually organised by young farmers, are still massive. While in Belfast you had a chance with a girl by chatting her up in The Box and buying her some Buckfast, in certain parts of Derry unless you know all the moves to ‘Strip the Willow’ you don’t stand a chance.

Once You Understand These things about Derry you are halfway to being accepted by the locals. But there is still much to learn.  If you have come this far you have only got your Derry Green card. To get a passport you must achieve the following:

Get chatted up by a Cougar in Da Vinci’s 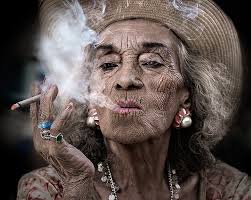 Chat up a ‘Derry Wan’ who is out of your league in Metro. Dance with her for a few songs until you think you actually have a chance and all your hard work in the gym, applying fake tan and Lynx are about to pay off. Then make a move to seal the deal and find out she is just teasing you and she’d rather not. Then try and dance-walk away in a manner that still makes you look cool.

Take your driving test with ‘Paddy No Pass’

Talk about Derry City football team or Derry GAA but never actually go to a match. 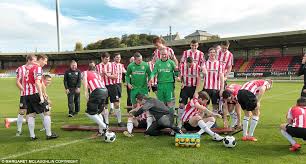 Never leave Derry and freak out months in advance if you have to get the Ulsterbus to Belfast.

Your final step in the Journey is to recite all the lyrics to the real anthem of Derry…. Saunter…

If you have done all of this at least you have tried..

This Article is also made available  by the good people at social hub. check them out here:

Possible reasons why she isn’t replying to you