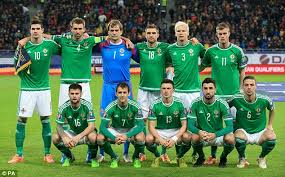 With France 2016 within Northern Ireland’s fingertips it seems like a good idea to reflect on the past.

Echos of incidents Northern Ireland fans would rather forget are still there. But that is all they are now. Echos. Thanks to the ‘Give Sectarianism the Boot’ campaign Windsor Park is by and large a very different atmosphere to 15 years ago and I could now take my granny there. 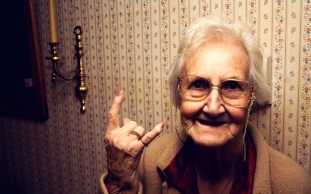 As well as apologizing constantly for supporting Northern Ireland another common topic is about players who nearly played for us. Over the years there have been dozens of footballers who have had a tedious link to Our Wee Country that for whatever reason have chosen not to play for the Green and White army when asked. With potentially an exciting few months ahead for Northern Ireland here are some urban legends about players who could have turned out for the Green and White Army.

Ok. Any readers from Dublin or Offaly don’t worry. This isn’t a list of guys who chose to play for the Republic instead. Shay was just the only goalkeeper who did so. Shay is from Lifford which is so close to the border that Ian Paisley once canvassed there by mistake. Shay has lots of relatives in the north and would have qualified. He has stated this himself. But fair play to him. Shay Given was always a Republic of Ireland player from the youth team right the way up.

Unlike some players actually born in the North, who carry out the football equivalent of what Triple H did in Wrestlemania 15. Then in D-generation X he pedigreed his own tag team partner X-Pac during a huge match and turning over to the dark side by joining up with the Vince McMahon.

Commit to an international team early and I have no problem with you. If the country with the bigger population rejects you then pick another. Don’t exploit the poor little country by playing for their youth team and then turning last minute.

It’s hard to believe looking at him now, but 25 years and 10 stone ago Steve Bruce was one of the best defenders in the UK. The Geordie powerhouse formed a rock solid partnership with Gary Pallister in the early 90s and even saved Man Utds initial Premiership title campaign in 1993 with a Fergy time header against Sheffield Wednesday. If he was playing today he would have walked straight into the England defense but back in the 90s he had people like Tony Adams, Gareth Southgate and er, Carlton Palmer blocking his way.

Steve had a mother who was born in Bangor and was asked several times to play for Northern Ireland. However, he was more interested in a phone call from Terry Venables. His son Alex, now also qualifies and is occasionally drafted into the squad.

Steve Bruce is mentioned as one of the greatest players never to play for England.

The emergence of Wayne Rooney as a teenage superstar did not go unnoticed by the then Northern Ireland manager Sammy McIlroy. Look at Wayne, the guy definitely has something Northern Irish about him. Back in 2003, before Wayne made his debut against Australia, Sammy made contact with him about playing for Northern Ireland. Apparently all he heard was some scouse laughing back down the phone. I wonder if Wayne regrets his decision to turn his back on us? Playing for NI would be way more crack.

You are going to have to trust me on this one. But back in the Sammy McIlroy days we were desperate for a goal. We had gone over 1000 minutes without one. As such we were looking for more extreme options. And they don’t come more extreme than Paolo Di Canio. While he was one of my favorite players to watch on the pitch off it his politics were very controversial.

However, he was uncapped for his native Italy and because he lived in England for a long time he qualified to play for any of the four home nations. There were faint murmurs that he might show up at Windsor one day. I was so excited I made Paolo Di Canio Northern Irish when I was playing FIFA. But it wasn’t to be. Looking back I am kind of glad. Nothing seems to end well if it is connected to Paolo Di Canio.

Christine Bleakley has had a crazy last 10 years. From cameo roles in give my head peace and telling us about how great Lisburn is to co-hosting ‘Strictly Come Dancing on Ice’ and this morning on the days when Holly Willoughby can’t be bothered.

I hope that with whatever children come of this relationship, that Gary Lightbody and Michael O’Neill are waiting outside the delivery room ready to serenade them with a tiny Northern Ireland shirt. Who knows? One day Frank Lampard jr jr might be too bad to play for England and will turn out at Windsor Park.

With Northern Ireland being so small we have to think tactically about where our next footballers will come from. So if any girls out there want to chat up Messi, Cristiano Ronaldo, Gary McAllister or Zinedine Zidane any time soon that would be great. Or you could start with John Terry and Ashley Cole, they ain’t fussy from what I’ve heard…

Being so small, Northern Ireland have to search far and wide for players with tedious links to the province. And they don’t come much more tedious than Robert Cullen. The 30 year old who sounds like he should be in Twilight has 11 Japan Under 20 caps and now plays in Seoul, South Korea. Crucially his dad is from Northern Ireland. So if the IFA can afford the plane ticket I think they should give this guy a call.

Other Players With Links…

Jamie O’Hara: Left sided midfielder, Currently at Fulham. His dad is from Magherafelt.

Callum Mcmanaman: A distant relative of Steve Mcmanaman can play for Northern Ireland if he wants to. 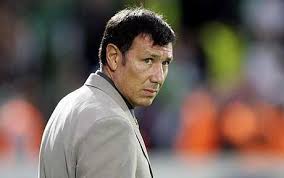 NI vs England 10 years on

2 thoughts on “The Northern Ireland Team that Nearly Was”