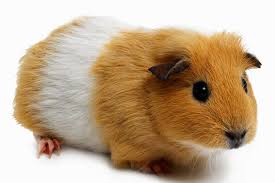 Its funny how when you are eight years old the thought that one day you will be eleven seems like a lifetime away, but when you are twenty and you blink you are nearly thirty. I guess this has something to do with the mental ticker tape memory going on in your head. When you are are a child, each year of your life makes up to 20% of your conscious memory.

By the time you are in your twenties a year takes up significantly less than that. I imagine when I look back on 2015 it will make up barely 2% of all my collective memories compared to the core memories established as a child.

The movie ‘Inside-Out’ really spoke to me and explained more about how the mind works in 90 minutes than years of studying psychology text books ever did. Particularly the way core memories are developed. One thing I remember from my childhood is wanting a hamster. My friend had one and for some reason that made me want one too. I imagined that I could have hours of fun watching him in his cage on his little spinning wheel, going through the tunnel and drinking from the water bottle. I was easily pleased as a child.
If you have a summer birthday I envy you. As my birthday was near Christmas I used to have to wait nearly a year for my next big present fix. This was a long wait. Every year I always asked for the same thing, a hamster, and every year my mum told me that she was not having a glorified fluffy rat in the house and I can get something else instead. 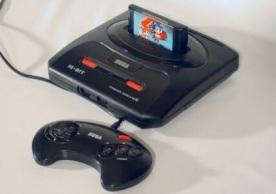 This worked for a while as me and my brother were contented with about twenty Sega mega drive games, Liverpool shirts, Nick Hancock’s Football Nightmares videos and even the Tamagotchi Virtual pet among other things. But this wasn’t enough.
In February 1997 a letter came through the post informing me that I got an A in my 11+. This was a great day. My mum, in a moment of foolishness told me that I could get anything I wanted. Finally my moment had arrived. It was time to go to AbbeyCentre Pet World and get a Hamster.

However, when we got there all the hamsters were gone. As I walked disappointed out of the shop I saw a guinea pig. It kind of looked like a hamster so I thought I should get one of them instead. His name was Polo, and having him in my world made me feel like my life was finally complete…. for about two days.

I began to see what my mum meant about all these things being Rats. I didn’t realise how much they scratched, how much they bit and how often their cage needed cleaning. Thoughts of ‘Eventually this will pay off’’, ‘this was supposed to make me happy,why is there no reward?’ and ‘Everyone who has a pet has to go through this’ ran through my head. I persevered through the following months and by the time August came around I was emotionally drained. I was committed to this guinea pig now so I had to stick with it. We were a team, even if one side of the team just yelled and scratched all the time. I wanted out, but how would that make me look?

How was I going to manage looking after my Guinea Pig along with my hectic 12 year old life? Then as if by magic my prayers were answered. My dad fed the Guinea pig left over pea soup, which in pre-google days we both thought was perfectly healthy for a guinea pig to eat.

That night Polo was rushed to Kings Park Veterinary ICU with pea soup intoxication. Despite the best efforts of all the Vets on call that night Polo didn’t make it. By the morning he was in a shoe box at the bottom of our garden.

Heartbroken, it took me another two days to get over the trauma of what happened. Then there was a sense of relief that I was free, I could now do what I want without worrying about my guinea pig any more. He was in a better place. The feelings over the following days were a mix of guilt and euphoria. The longing to have a pet had disappeared. I was no longer enslaved by that desire, I was free. But this feeling didn’t last.

Time passed. I did alright in my Christmas exams and then progressed through school and onward. I was following my projected path, but I wasn’t happy. There was something missing, I was lonely. Despite having several good friends I thought my life would not be complete until I found a girlfriend.

I don’t know why or how I got this into my head. I blame television shows like ‘Saved by the Bell’ and ‘Friends’. These shows have subconsciously warped my generation into thinking you ain’t anything unless you are captain of Bayside High or live in a sweet New York apartment or your name is Ross and you have found your Rachel (or Robert to be PC today).

My juvenile, sponge like, mind absorbed this message. This was the key to contentment, getting a girlfriend.

This proved more difficult than I thought. I may not seem it here, but in real life I’m not the smoothest talker. I haven’t flirted in 5 years. My last attempt at flirting happened in Dublin airport when I thought ‘I will wink at this girl’. This was going well until halfway through the wink when I realised it was a bad idea so I tried to disguise it and I ended up looking like I was having a stroke.

Usually, it takes me about a year to chat up a girl and eventually after a lot of hard work with one girl in particular it payed off. Initially things were good but then reality kicked in. Much like the Guinea Pig there was scratching and yelling and Irrational behaviour. It wasn’t what I expected.

There was a lot of hard work and very little fun. I wanted to go back to my normal evenings watching Family Guy rather than pulling teeth with this person on the phone and pretending to like Glee every night. Thoughts of ‘Everyone has to do this’, ‘eventually this will pay off’ and ‘it took you so much time and effort convincing this girl to go out with you, can you really be bothered going through all this again? you may as well stick with her’ ran through my head. Eventually, I realised that this belief I had that a girlfriend would be the answer to everything disappeared and unfortunately a bowl of pea soup wasn’t going to solve the problem I now had.

Taking a tough step I ended this relationship. It was sad for a few days. I think she got over me, eventually (have you met me? that’s going to be tough…poor girl) and I began to feel better as well.

The lessons I learnt from my Guinea Pig and then from the Girl is that your mind can play tricks on you. We are constantly being told that once you get this material thing or once you have this postcard life everything will fall into place. This is such a lie and it is being sold to us daily through social media sources.

Like those annoying people who travel to Africa to find themself, so did I. During my travels in Uganda I didn’t find myself but I found that the people there had more joy in their heart. They weren’t obsessed with material possessions. The people had nothing but valued their friends around them much more as they were not pursuing the ambitions that occupy so many people’s mind in the Western world. Don’t get me wrong, they had it tough as well. There was a lot of poverty and they got sad like everybody else but about things worth getting sad about. They had a resilience in them that you can’t find here. In Uganda I learned that life won’t be fixed by getting this next thing. Those feelings of euphoria we chase never last.

A few weeks ago we all watched New Zealand lift the rugby world cup. While I’m sure it was awesome for the players at the time, even that great feeling will wear off and life will go on. There will be a time in the future when Ritchie McCaw and Dan Carter will be laying on the couch in their living room and wondering ‘What’s for Dinner?’, ‘What will I do next? and ‘What was all that about?’

These 3 questions are the questions that still puzzle me and will probably to continue to puzzle me. But one thing I have learnt in the last 2 decades is that life is not about finding that girlfriend…. or a guinea pig.

Tips on coping with Hair loss

A Grid to take on your next date

Off the Booze? How to survive in Belfast

How to annoy movie experts

Answers to Random Questions you may have

7 thoughts on “The Guinea Pig”